Researchers from the EU-funded EcoScope project, which promotes ecologically sustainable management for fisheries and marine ecosystems in general, have begun using baited remote underwater video systems (BRUVS) to study the presence of large pelagic predators (such as sharks, dolphinfishes, amberjacks, and tunas), and assess the effect of various protection levels on their populations, said EcoScope project coordinators Athanassios Tsikliras and Sophie Manousi, both from the Aristotle University of Thessaloniki (AUTH). 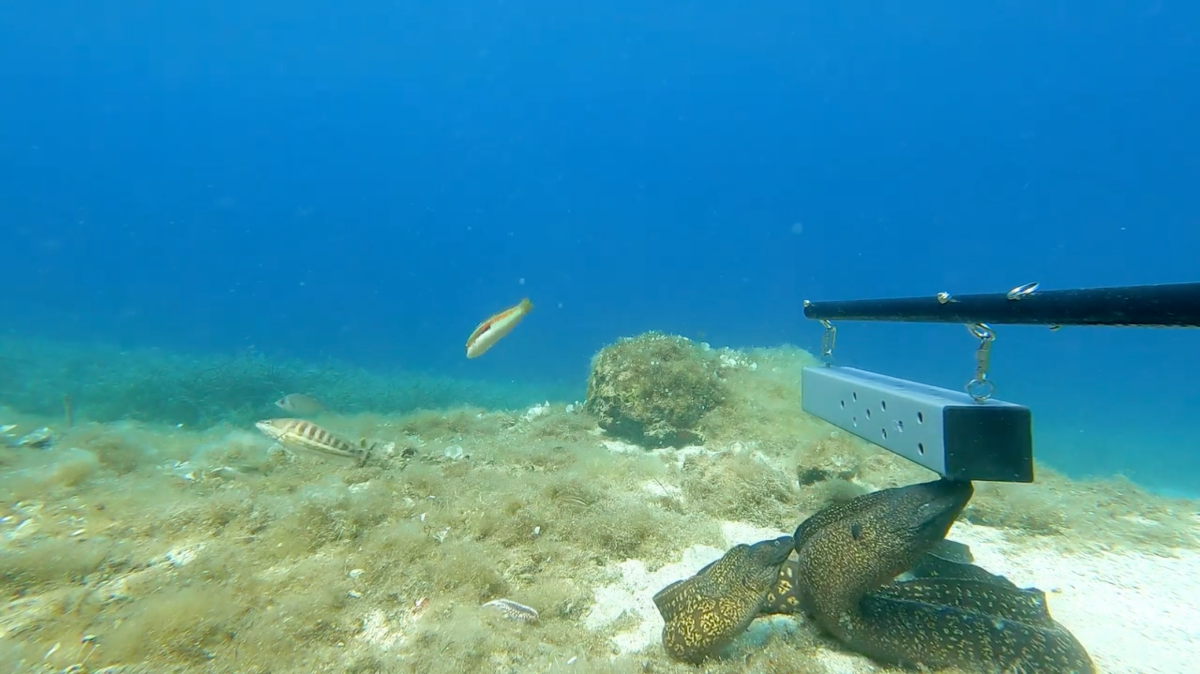 The baited video systems are part of a wider effort within the EcoScope project to develop new ways to collect data in order to fill in existing data gaps in marine research.

The sampling stations are placed in three sampling sites within Greece’s National Marine Park of Alonissos Northern Sporades, in the Aegean Sea, at the seafloor and in the mesopelagic zone near three small islands located in areas with various levels of environmental protection: Piperi within a fully protected area, Gioura within a partially protected area, and Peristera within one of the least protected areas.

The video evidence produced will be analysed and processed using SeaGIS software, which will measure abundance and fish size, allowing researchers to determine fish abundance as well as biomass.

An example of the videos produced can be seen in this short segment showing eels at a baited sampling station, which is composed of video fragments taken from a total of 60 hours of video recorded during the second sampling survey within the current stage of the project.

The BRUVS sampling survey is part of the thesis of PhD student Melina Nalmpanti, a member of the AUTH research team.

This is the first time that the BRUVS method is being used in the Mediterranean Sea, and can be easily transferred to other research areas, the EcoScope researchers noted. The BRUVS method was developed to provide useful information on the distribution, abundance, and habits of marine predators without collecting, harming or otherwise disturbing them. The species being surveyed include some that are protected by legislation and conventions, whether national or international, as well as highly migratory species and species that are generally not collected during fishing. Researchers equip the video systems with sardines as bait, as their high oil content spreads over a wide area and is very attractive to predators.

Running parallel to the video surveying in the Aegean, EcoScope teams are running a tag-recapture survey in Spanish waters, focusing on sharks and rays in the Balearic Sea, and one investigating invasive species in the East Mediterranean, off the coast of Israel. 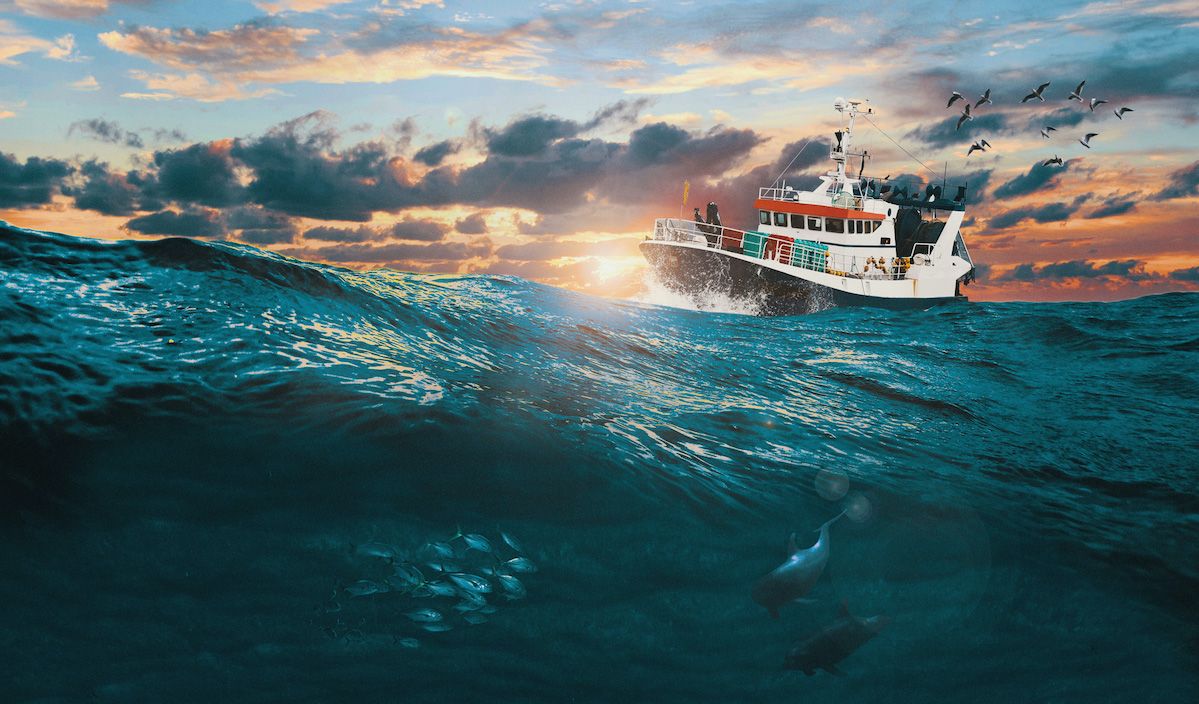 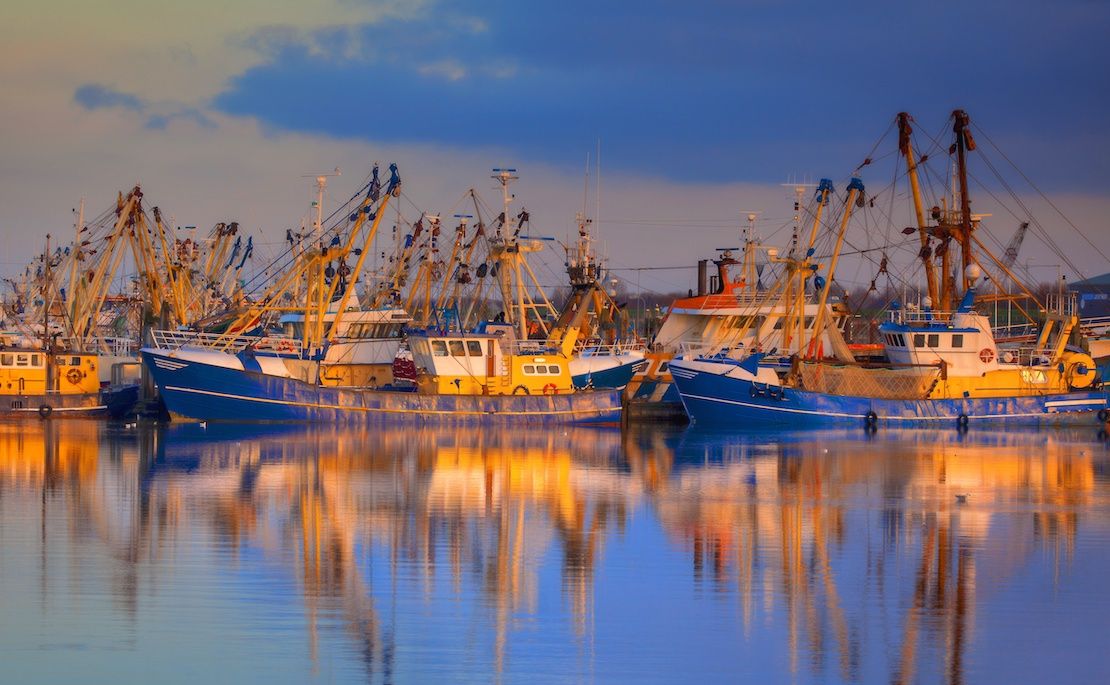 We use cookies on our website to give you the most relevant experience by remembering your preferences and repeat visits. You can edit which cookies are active using the settings below. Once you're happy with you selection, click 'Accept & Close'. You can edit these settings at any time with the 'Edit Cookie Settings' button in the footer.

If you have a general query about the EcoScope project, you can get in touch using the contact form.

If your question is specific, please see our partners page for individual contact details.

This project has received funding from the European Commission’s Horizon 2020 Research and Innovation programme under grant agreement No 101000302. Project coordinator: Aristotle University of Thessaloniki, Greece. The information and views of this website lie entirely with the authors. The European Commission is not responsible for any use that may be made of the information it contains.